Enyinna Nwigwe chats with Babyoku.com on Near Death Experience 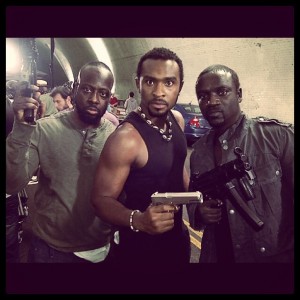 So babyoku finally got hold of  Nigerian born Nollywood Actor and Producer Enyinna Nwigwe who has worked in partnership with some of the most respected producers and directors in Africa and beyond. Enyinna Nwigwe is from Imo State, Nigeria, he is the last of four children born to public servant parents in Nigeria and also a  graduate of the University of Calabar in Nigeria. He began his entertainment career as a runway model and transcended into a much sought after model for print advertising, but ultimately found his calling when he met internationally acclaimed filmmaker Jeta Amata who instantly saw the potential in him and went on to cast him in his first movie role and thus his prominent acting career was born.

Beginning in 2005, with starring roles in videos such as ‘Wheel of Change’ and ‘Last Game’, he earned the reputation of a rising star in Nigeria. He continued to land a variety of roles such as an attorney in ‘Games Men Play, Reloaded, the Nigerian- Guinness sponsored tv series ” Bachelors”,The leading man in Jeta Amata’s ‘Mary Slessor’ with which he also earned his first “Producer” title and also has Titles like “Sarauniya” (The story of Queen Amina)under his Producer belt, all geared towards preserving the Nigerian heritage. He also starred in “The Amazing Grace”, and most recently starring in the explosive political thriller ‘Black November’ as Tamuno. 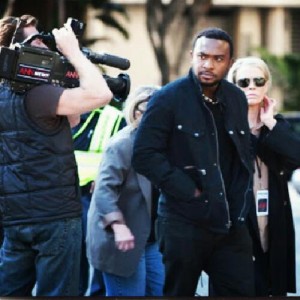 Black November is a  film by Jeta Amata which depicts the violence, corruption and human injustice in the Niger Delta that has introduced Enyinna to America and potentially the rest of the world.

Enyinna is part of the campaign “Save the Niger Delta”, a movement aimed at cleaning up the oil spills in the Niger Delta of Nigeria, one that informed the “Black November” story

BabyOku had a chat with Enyinna where he talked about his near death experience,family etc….here’s more after the cut:

Babyoku: Your survival of that auto-crash is a huge miracle, what was it like?

Enyinna: Certain experiences in life have the potential to change the way we view life as a journey and a ‘Near Death Experience’ such as that definitely did that to me. I was literally eye to eye with death as the vehicle flipped over and over. I mean, who skids off a bridge, tumble 7 times down and across another highway lane and step’s out alive or without major complications? ME!…It has confirmed further my belief that I am a child of purpose, it was indeed a MIRACLE like you call it. The experience sure has brought me closer to my creator, also has humbled me in so many ways as the sudden realisation that life can be taken away in just a second totally demystified death in my eyes. 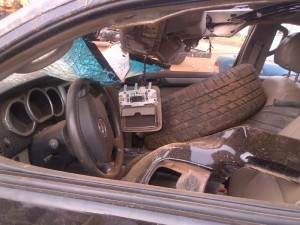 Babyoku: On leaving your modelling career to pursue acting.

Enyinna: I just didn’t think there was much of a future for me with modelling, I wanted more and that was while I was still in the university so I got to meet a movie director working in town where my school was (Calabar) at the time and one thing lead to another we became friends and his passion for film rubbed off…and of course I saw acting as having a way longer career span than modelling did so I went for it when the opportunity came.. 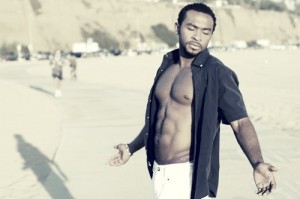 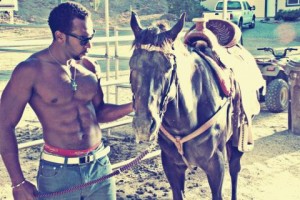 Babyoku: Tell us about your experience in the movie industry

Enyinna: The movie industry has been an interesting Journey really, from the days of random auditions without call backs, to the days of bad feedbacks to the days when producers begin to see the potential in you… I have grown through it all and it has in a great way shaped who I am today. Acting runs deeper than just taking lines or interpreting roles, if trained well, preparing for a role or becoming a character has the potential to take you where you may never have been mentally and back and that in turn opens ones mind to a lot other creative possibilities in life. I can tell you for sure that it has affected other areas of my life for the better. 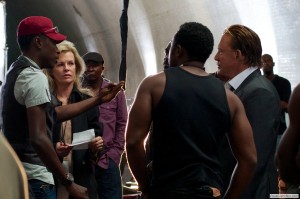 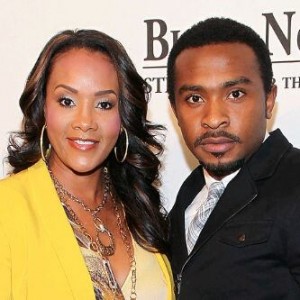 Babyoku: On the character you portrayed in black november (switching from a police officer to the opposing side).

Enyinna: That remains the most exciting role transition I’ve had to do. For an actor that is the kind of role that challenges one’s level of professionalism, I had to gain weight to fit in as a senior MOPOL officer and being that the rest of the police cast were real officers and older looking, I had to fit in somehow so between gaining some extra pounds and characterisation it all came together. Good thing I had enough time to shed it all off before the transition to becoming a rebel. 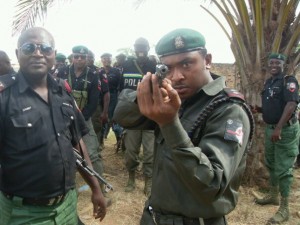 Babyoku: On the challenges you have faced working as a producer and an actor

Enyinna: Havent faced much of a challenge with combining both as I was first trained as a producer before my acting career picked up so producing has always been there. Sometimes I’m hired as an actor on a set and I find myself getting perturbed by production issues and sometimes go on to handle them like the production were mine. 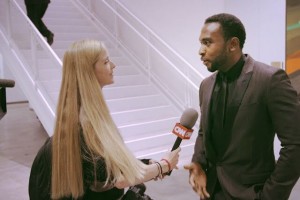 babyoku:  On if your parents approve of your career choice?

Enyinna: I have the BEST parents in the world! They support me in everything thing (good) I do and always have, when I started off as a model back in school my mum sponsored me to my first ever runway modelling competition.

Babyoku:  Are you currently in a relationship? (And no we are no letting you skip this one*laughs*) 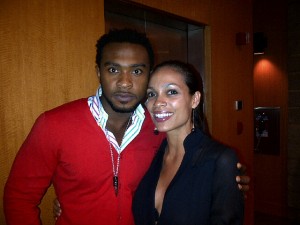 Babyoku: What are your prospects for the future?

Enyinna:  There’s a lot brewing and you’ll be sure to hear as things unfold…