The hottest new music sensation to hit Nigeria is California based
recording artiste Dencia. Born to Cameroonian/Nigerian Parents on March 26, Dencia
started indulging in her love for music and performance arts at the
tender age if 5. Her African roots play a major role in her style of
music. In her early years she sang with her local church groups and
schools but was later diagnosed with a deadly throat disease that
affected her nose living her with doubts about her singing abilities.
Determined and certain music was her passion, she stayed close to her
love for music by engaging herself in other fields in the
entertainment industry like modeling, fashion, acting, and hosting
music events. She has featured in several music videos such as 50cents
feat Jeremiah “Down on me”‘ Chris Brown’s “Yeah 3*”, as well as videos
of artists like Ludacris, Baby bash, Lady gaga and many more. While
doing this she never stopped trying to reconnect with her music skills
for the professional world. 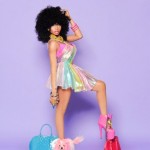 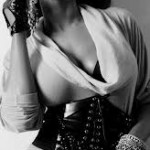 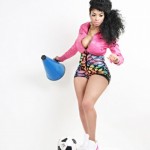 In September 2008′ Dencia took the ultimate decision to finally pursue
her life long dream of being a musical sensation. Since then she has
recorded several songs, some of which include her first official and
current hit single “Beri Beri”. She has performed on big stages
worldwide and graced some of the hottest red carpets such as the
Grammy awards,Emmy’s,Oscars, BET, VMA’s etc. Recently she performed at
the Pre BET award event, in Los Angeles, hosted The Game’s mix tape
release party and has hosted parties worldwide 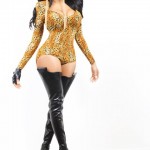 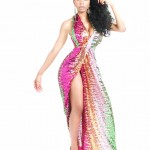 Her signature African curls and distinct accent has caught the eye of
a lot of Hollywood industry big wings, some of whom have remained very
good friends with her. Dencia is not only a talented musician, she is
also a gifted fashion designer with some of her designs being worn by
Niki Minaj, Christina Milian, lil Mama,Rihanna and many more. A
talented asset to the African music industry, her personal style is
her design from clothes to shoes to earrings name it. Dencia sponsors
5 girls to African schools and is also an ambassador for Susan G.
Komen Cancer Research Foundation. Although she has strong ties to
Hollywood she is a strong believer in Pan Africanism and she plans to
rep Africa for as long as she lives… And i must add she has the slimmest waist ever. GREAT BOD!