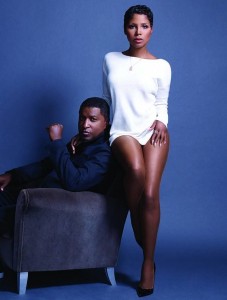 While promoting their new album, Toni Braxton and her longtime friend “Babyface” Edmonds had a revealing moment during their interview with BET.com. Below are excerpts from the interview;

Babyface: I have a question I would like to ask you Miss, Toni Braxton. How do these themes of love, marriage and divorce translate on the new album?

Toni Braxton: For me it translates as a personal anthem. All those things, s–t I was going through before I got married, when I got married and unfortunately divorce happened. I found that talking about it and putting it out in front was therapeutic for me, and it made me become more creative in the writing and singing process, so it was therapy, in a sense, for me. Which helped me be a better artist because my songs were more personal.

B: So it was therapeutic for you?

T: Absolutely. What about you, Mr. Edmonds, how did these themes of love, marriage and divorce translate to you on this new album? How did you feel going into this project and calling it Love, Marriage & Divorce? 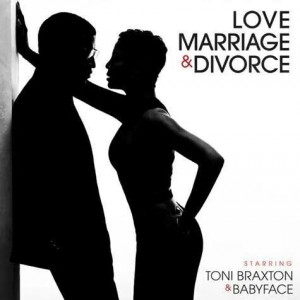 B: Initially when we went into this album, I didn’t know what themes we were going to do, I just knew we needed something that was honest and felt good. And I was working with Toni Braxton and she was like ready to kinda quit and not really be in music anymore and she just needed something to sing about, and one thing that we both could relate to was being in love, being married and then divorce, so it made sense for us to sing about something that we knew from what we’ve experienced and that friends and family have experienced as well. I think it translated well ’cause we were able to use personal stories as well as stories from our parents — in your case — and it came out great. And I think that people will pick it up and there will be themes on this record that everybody will be like, “I know that feeling and I know that story.”

B: I have another question for you Ms. Toni Braxton.

B: How do you know when you’re in love?

B: How did you know you were in love?

T: It’s different feelings, but the most important thing is that butterflies feeling that girls get. I don’t know if boys get that but girls do. [We get] those bubbles in our tummy and we talk about them [the men] all the time.

B: That could be indigestion, but go ahead.

T: But we feel good about that, and I get happy. I have this sense of happiness and, I don’t like to say “sense of purpose.” It’s more like this complete happiness like you feel like there’s nothing you can’t do when you’re with that person, and you’re falling in love. The falling in love is the best thing in any relationship to me.

B: Good answer. Just so you know if you ever wanna have that feeling again, just drink a Pepsi! I have another question I wanna ask you. Love can be a roller coaster at times. How do you keep the relationship going?

T: La Perla helps, but my mom always said when you’re having an argument or disagreement with a guy you can never have that argument not looking pretty. You always have to have on at least some lipstick because it’s important that he still finds you attractive, that you still are the woman. So I work on those things that my mom taught me being a girl, and I think it’s just important to keep it sexy. You gotta keep it sexy. As far as communication, I try to be honest with my feelings and to always acknowledge if there’s an elephant in the room. And I try to make guys communicate. Sometimes it’s challenging with men, they aren’t always as cooperative in telling you how they feel.

B: Okay, so keep it sexy. Don’t wear grandma underwear?

T: As a man, how do you know when it’s time to walk away from love?

B: When you just don’t care anymore.

B: When you can put La Perla on and it doesn’t matter.

T: [Laughs] Touché! Okay, fill in the blank on this statement, “Love hurts the most when…”

B: Love hurts the most when you really love. Sometimes you think you’re in love and then you find out that you’re not because you’re not really hurting. But when it’s real love, then it’s gonna hurt. It’s supposed to hurt because it’s real.

T: So hurt always goes along with love? Poor guy.

B: Yeah, I think that’s part of it. You can feel sorry, but unless you really love somebody and truly care, the hurt is not really there.

B: Speaking of that, my next question for you is, when the love is gone in a relationship, have you ever stayed too long and why?

T: It takes a long time for the love to be gone for me. Usually when I’m in love, I try really hard to make it work and sometimes I get lost in the idea of society telling me how it should work. I need to understand that sometimes love is just seasonal. And that’s something I’m working on developing, but I’ve stayed in relationships longer than I should have in the past. I think most people have, because the idea of being in love makes you feel like you can conquer any and everything.

B: I have another question for you and it’s an important question. In 2014, today, is an emotional or sensitive man still attractive to you?

T: In 2014, because I’m old school, I think an emotional and sensitive man is very attractive. I mean he can’t be singing songs about dolphins all day long, but a man that’s in tune with his feelings and emotions is a gentleman, like guys that opens doors, like guys that bring me flowers and tell me I’m beautiful, so I definitely want a sensitive and emotional man.

B: What are some of the things that you won’t tolerate?

T: I won’t tolerate a man who’s disrespectful, calls me “b—h.” Even if it’s sexy, I don’t like that new school way of being “romantic.”

T: So I guess the important question that everybody wants to know from you … Would you ever consider getting married again?

B: I’ve already considered it. I’m engaged, so yes.

T: You’re engaged?! I think your fans are gonna be a little disappointed, but equally happy for you.

T: What have you learned from your past relationships that have helped you this time around?

T: So what has Love, Marriage & Divorce taught you about yourself?

B: That it’s an ongoing thing that we keep learning, and we’re never too old to learn. It’s something that you can’t just say, “Okay, I got this down.” It doesn’t quite work that way. All of us are a work in progress all the time. I think all three things have made me grow and I’m still growing.