Theodora Ibekwe-Oyebade stepped out again, in style, wearing a Desiri Couture creation , with her husband Ayo Oyebade, for the premiere of Battered, Her hair and make up was done by Libeks. As usual, Theodora, wowed the red carpet, with the paparazzi and presenters vying for photographs and interviews. With aplomb, she gave attention to each one of them. Numerous photographs later, Theodora and Ayo settled down to watch the movie, which is about domestic violence. Theodora had a role as a social worker, while Ayo was a party guest.

Battered is a very interesting and thought provoking film, beautifully shot by Nelson Spyk, in some very nice locations in and around London. Meanwhile, her film Shameful Deceit was nominated in six categories at the recent Beffta nomination party.

After the movie, there were more photographs with other guests. 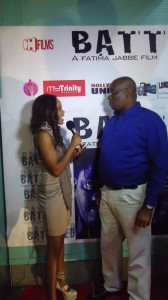 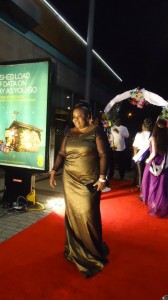 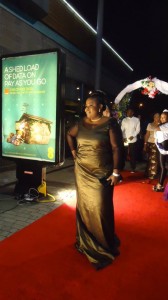 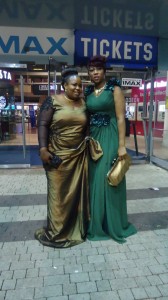 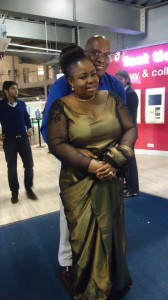