Celebrity feuds are not uncommon in any part of the world and it so happens that we have a couple brewing both on the local and international scene.

Emmy Collins, a Nigerian fashion designer based in London moved back to Nigeria some months ago to supposedly start up a workshop to help support young upcoming Nigerians has been called out by music site 360nobs owner, Noble Igwe.

Emmy Collins started a blog where he supposedly airs his thoughts on Nigerian issues especially celebrities and well what he mostly says are negative remarks about what a person wore or did. After months of doing this and people feigning ignorance to it, Noble Igwe decided to give him a taste of his own medicine as he took to his twitter account to say; 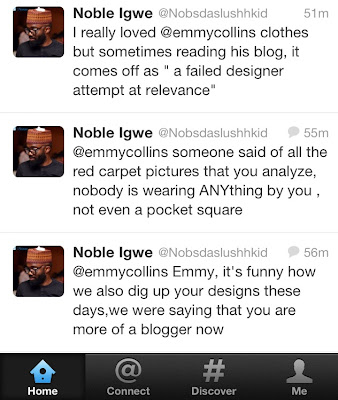 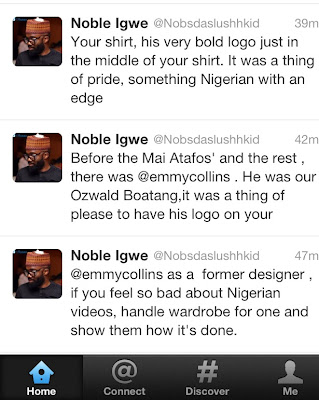 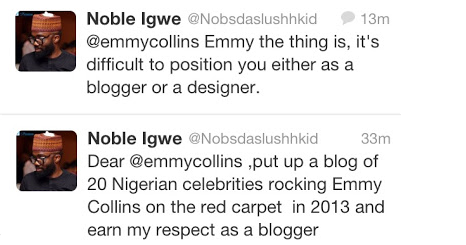 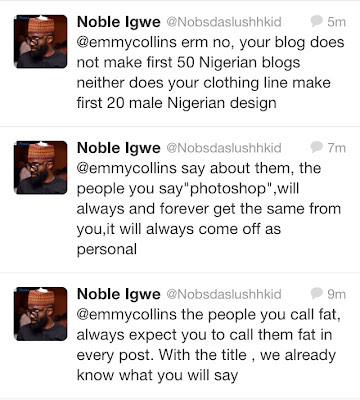 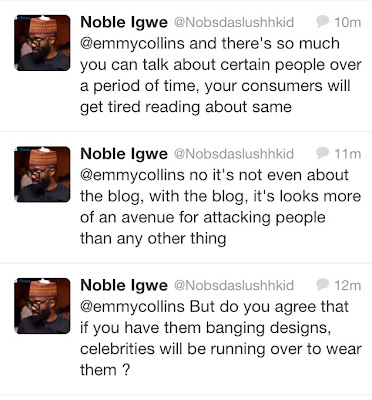 His numerous tweets at Emmy Collins triggered a response from him in which he tried his usual sarcastic approach; 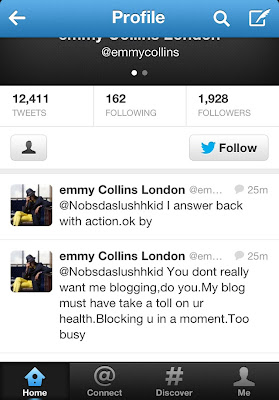 That didn’t stop Noble Igwe as he went on tweeting, 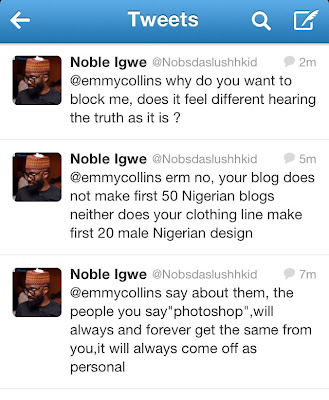 The tweets exchange eventually involved other celebrities and fans of both parties. Emmy Collins eventually said he was too busy for tweet fights and concluded with;